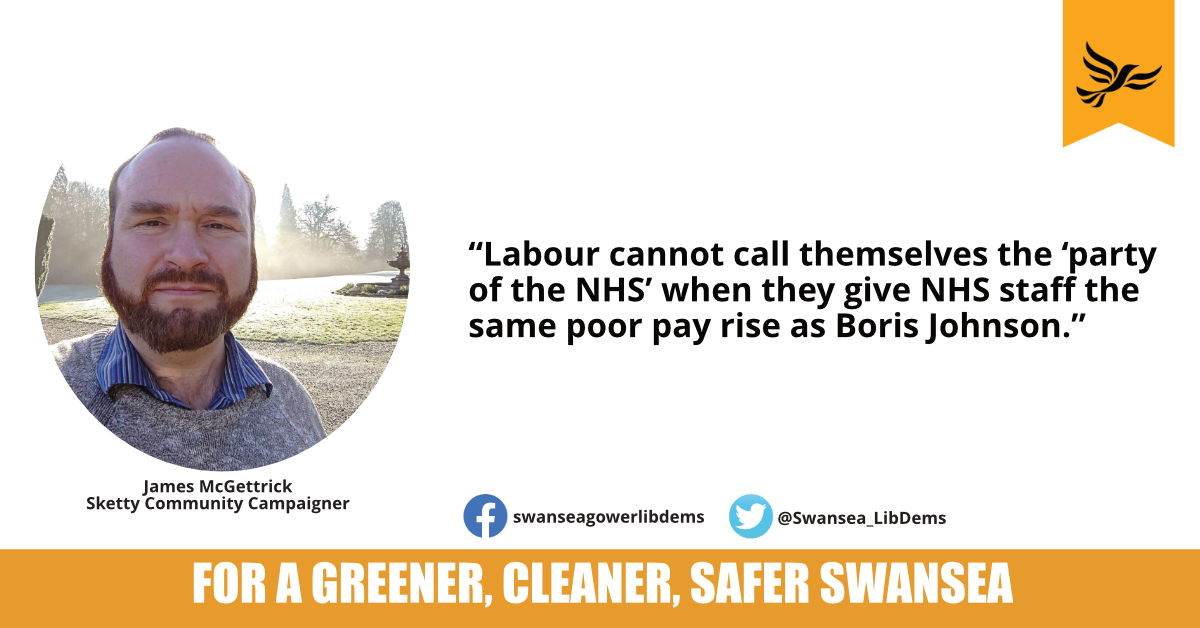 Sketty Council Candidate James McGettrick has written to Swansea's Labour MP’s, MS’ and council leader calling on all of them to put pressure on their party Leadership. Wales can & should give a better pay rise to NHS staff who have gone above and beyond during the COVID crisis.

Commenting on the letter James McGettrick added, “The Liberal Democrats want to create a more caring future, this means paying our health and care staff better. It also means health & social care working closer together, and supporting unpaid carers more with an increase in the carers allowance.”

At the start of the COVID Crisis, the Liberal Democrats proposed a comprehensive support package including an increase in pay.  Leader of the Lib Dems Ed Davey has also campaigned for raising the Carer’s Allowance. In the 2021 Senedd manifesto, the Welsh Liberal Democrats campaigned to see that “all care workers are paid fairly by equalising pay and conditions across the NHS and social care and ensuring that all care workers are paid the Real Living Wage.”

Labour call themselves the party of the NHS but they won't do better than Boris Johnson's Conservative’s when it comes to backing our hard-working NHS staff.

The Conservatives refuse to give our NHS heroes a decent pay rise that won't be wiped out by inflation within months and the Labour in Wales have not done much better.

Liberal Democrats are campaigning for a decent pay rise for our NHS heroes.