The Swansea Liberal Democrats Councillors report on the work they are doing for their communities in the council meeting.

In the July meeting of Swansea Council issues, we raised included.

READ MORE ABOUT THOSE ISSUES AND MORE HERE. 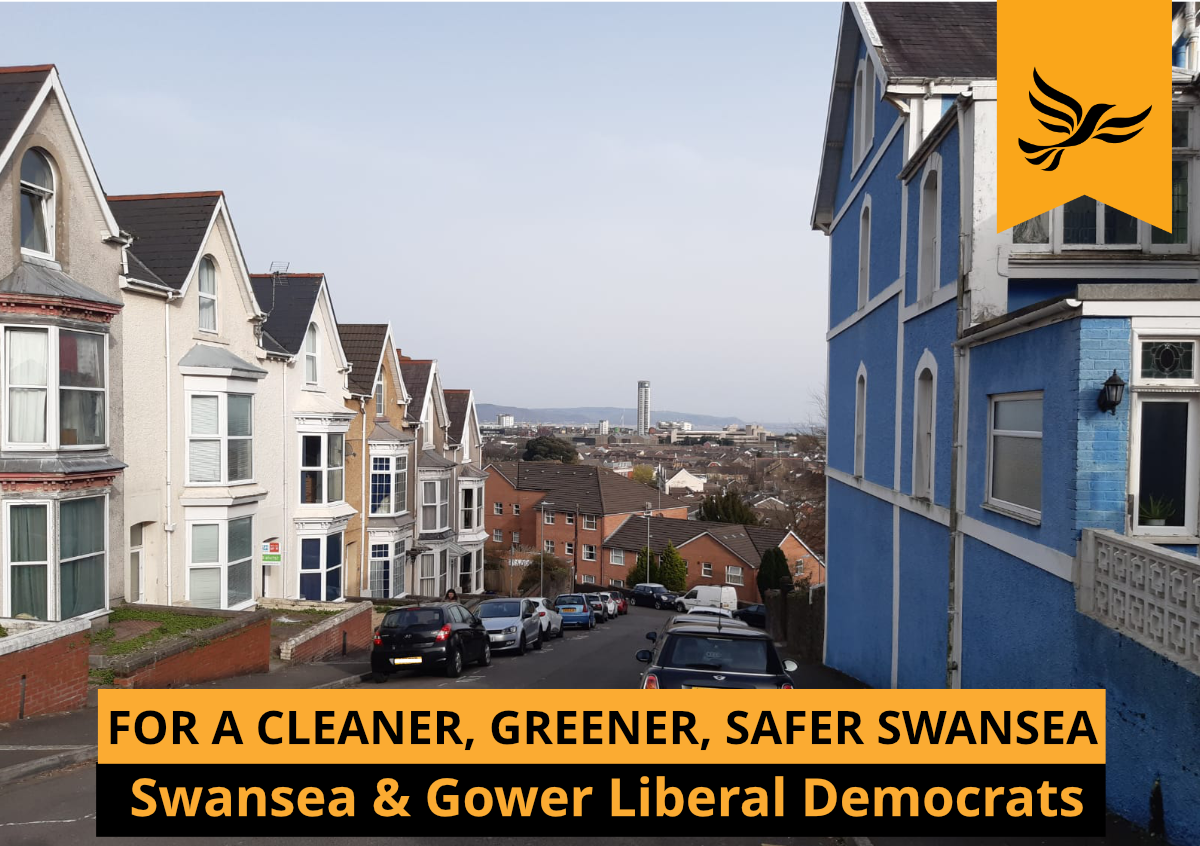 Swansea Liberal Democrats are committed to working for you in the community and on the council. Holding the Labour-led council to account. Getting the basics right to build a cleaner, greener and safer Swansea.

Our councillors Peter Black and Mary Jones have asked the council about the NEAT teams. We want to see a greener future for Swansea, if they agree with us the council need to support the teams on the ground.

The Labour-run council failed to get the basics right when they failed to consult properly regarding the new share-use path in Clyne valley. The council need a clear plan for the future upkeep of the network. Our Killay and Sketty councillors are holding the council to account on behalf of their communities.

Cllr Mike Day has done a lot of work with the other Sketty and Killay Lib Dem Councillors on the shared use paths, he commented: "A petition signed by over 650 residents was rejected twice. We believe that that was a shocking response. The Labour-run cabinet effectively dismissed the views of hundreds of residents and users of the Valley. Moving forward we need a clear answer from the council on how the pathways will be maintained."

The future of the civic centre

It has been reported in the press that the Civic Centre may become a Grade 2 listed building which would then be difficult to demolish. We asked the Leader to tell the council what the current position is for any future use of this iconic building?
Leader of the Opposition on Swansea Council Cllr Chris Holley criticised the Labour cabinet for dodging the question: “I would have liked the leader to have answered the question about the civic centre and not about the rest of the projects."
Local campaigner Sam Bennett added "It was not too long ago with their plans to build on the Slipway green area, the council refused to listen to local residents. I will campaign to make sure local residents voices are heard."

Will the council come clean on the city deal?

The city deal could be a job creator that Swansea needs, but the Labour-run council need to be clear with the people of Swansea about the cost of the project. the City Deal project for Swansea means that the Council has to borrow £135 million which will attract millions of pounds per year in interest for a period of up to 50 years. Unfortunately, no private investment forms part of the £135m project.

With the large investment of money which the council has borrowed to facilitate the city deal, it is for the Labour-run council to come clear at the cost city deal and how many jobs would be created.  The Liberal Democrats would like to see more full-time jobs with good rates of pay because currently, the outlook for young people from around Swansea is not good enough.

Calling the council out Cllr Jeff Jones said  “This is the largest amount ever borrowed by our Council, in fact, larger than any other Council involved in the City Deal Project. Whilst our new 2500 seater Arena will cater for part of the area's entertainment, I am not convinced that it will be financially profitable and disappointed that only 25 full-time jobs will be created. We have however been informed that it will be a catalyst for the city and I certainly hope that will be the case, otherwise we will all be paying for a very long time.