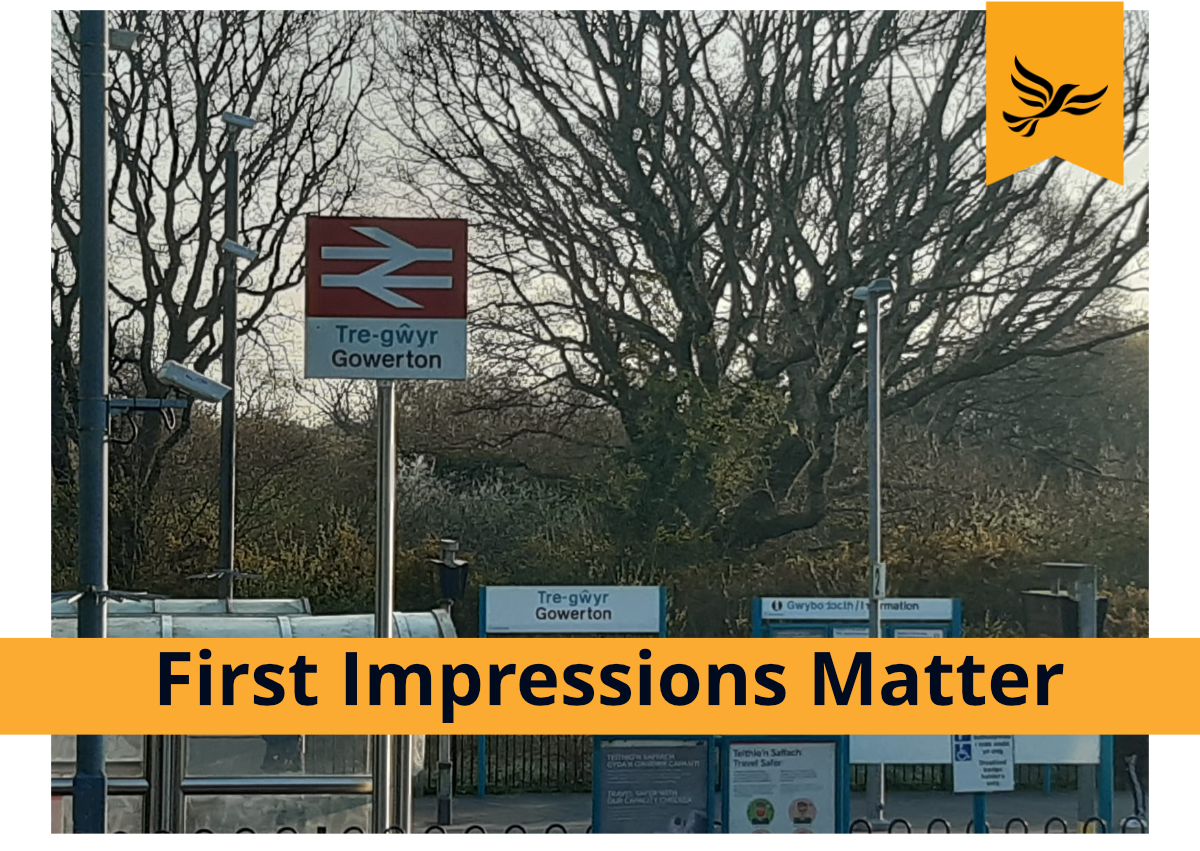 Commenting on about Gowerton Station, local Liberal Democrats campaigner Matt Palmer said "As a big supporter of the railways as a form of public transport I want to see as many people use our local station, to encourage people on to the trains, the station needs to be a safe, welcoming place and with all the information people will need." Matt Added, "With other stations seeing large upgrades and investment, it would be great to see Gowerton getting a little bit of the pot to get the basics right."

A number of signs need repair with the main issue being the sign being worn away. This has meant Gowerton has had some odd change of names. Cowerton and Tre-Gwyr missing the ‘r’ and ‘e’. It is not just the signs that need repairing at the station. Matt Palmer reported to Transport for Wales that one of the information displays was not working, they replied thanks for bringing it to their attention This issue with the information board has now been fixed but still waiting to hear about the signs.

Transport for Wales has invested in an upgrade ticket machine, which is very welcome as many people using the old one will be able to confirm. Time will tell but it is hoped that this new ticket machine will have more reliability too.

The Electronic information board at the station was also broken. For those who are travelling, it means that heading west towards
Llanelli was not able to see all the useful information. On this issue, after reporting it to Transport for Wales the information board has been fixed.

As the saying goes you only get one chance to make a first impression and the railway station is many people’s first impression of our village. Gowerton station is a great service to have for a Village the size of Gowerton allowing travel both near and far, for commuters into Swansea and direct trains to places as far away as Manchester.