Residents of Gowerton have their say on their key local issues in a survey done by local campaigner Matt Palmer.
Residents report having three priorities for the village and have a clear message for Swansea Council. 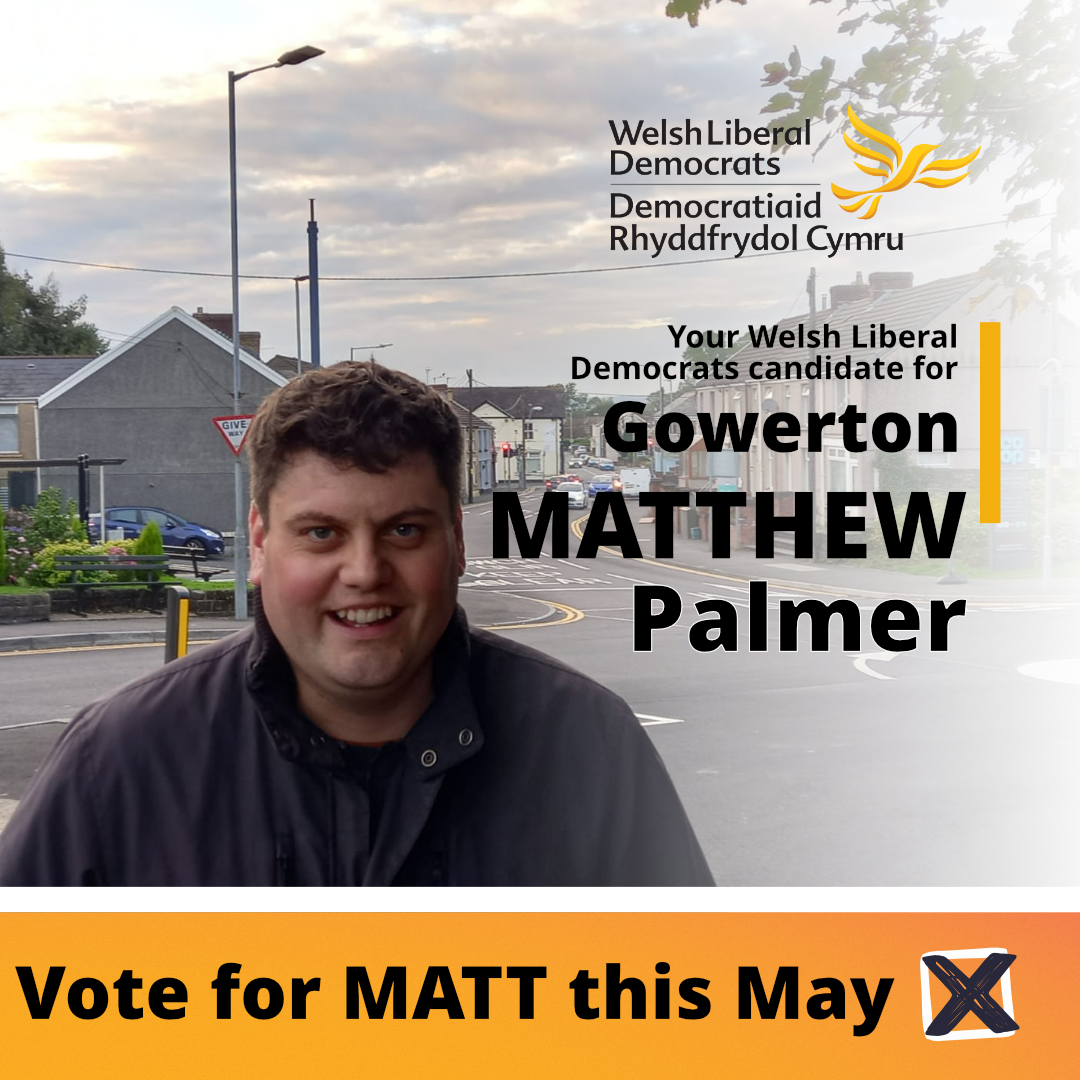 The top three most common issues that you think Swansea Council need to focus on getting right.

Local Liberal Democrat Matt Palmer said, “The council doesn't focus enough on the needs of communities like Gowerton and focuses too much on vanity projects. I am proud of the Lib Dem led opposition who are saying things don’t have to be this way.”

Matt Palmer, who has been selected as the Liberal Democrat candidate for Gowerton, added his priorities for the Village are:

At the next election to Swansea Council, you will get TWO votes, to elect two councillors.  The choice for the second
seat in Gowerton is between just another Labour Councillor who will go along with Swansea Labour Council vanity projects.
OR
Matt Palmer as Liberal Democrats Councillor who will fight for Gowerton’s corner and will add to a strong voice holding the council to account about how they spend our money.

Liberal Democrats across Swansea work hard in the community for local residents. If you want your chance to have a say on how we can build a greener, cleaner and safer Swansea, check out our website.