The extra mile by David Jones

This week Britain has had a taste of sub-zero cold, and many workplaces up and down the country have closed their doors. 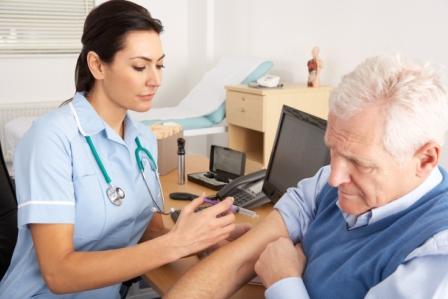 What about the staff of the NHS?

Yesterday narratives emerged on social media of medical professionals in Scotland setting out to walk to work in blizzards. One cancer surgeon donned snow shoes and goggles to walk eight miles from Anniesland to Paisley and perform an emergency operation. She couldn’t do it alone, of course, and it was particularly satisfying to see praise heaped on her colleagues Joanne McWilliam and Elizabeth Williamson when both clearly had no wish to seek attention.

What’s your definition of heroism? People putting personal considerations aside? People selflessly walking the extra mile to do the right thing? There are a lot of heroes in the NHS.

Contrast this with the fantasies of heroism that we’ve heard this week from the President of the United States. On Tuesday Donald Trump announced that had he been near Marjory Stoneman Douglas High School when children and teachers were being gunned down, he would have rushed to the scene unarmed to tackle the killer. That doesn’t just insult the sacrifice of the school’s sports coach Aaron Feis, who gave his own life shielding the students in his care. It begs the question, can Britain ever seriously trust such a man as a partner?

If Britain can’t trust Donald Trump, an unqualified, unprincipled fantasist, then why would the British Government trust him with the future of our NHS?

As the right wing of the Conservative party bullies Theresa May towards a hard Brexit that could leave us critically short of allies and viable markets, the fear grows that a UK-USA trade deal might include partial sale of the NHS to private American firms. Liberal Democrat leader Vince Cable has pressed the Prime Minister for assurances that our doctors and nurses and the services they go the extra mile to provide won’t be handed over to a President who, frankly, shouldn’t be trusted with scissors. No such assurances have been given.

Professionals like Joanne McWilliam and Elizabeth Williamson are already having to fill the gaps in a service left underfunded. Accident and Emergency departments have been left between £200 and £300 million short of what was realistically needed to cover this winter’s crisis. Meanwhile £300 million a year has been committed to the 10,000 extra civil servants hired to deliver Brexit. Before they can deliver it they have to make sense of it, and so far that £300 million a year is looking like a staggering, indefensible waste of precious public money.

The Liberal Democrats have pledged to protect Britain’s healthcare by adding one penny to the pound in income tax specifically for NHS funding.

They’ve pledge to end the public sector pay freeze for NHS workers, to reinstate student nurse bursaries and to deliver a national workforce strategy that will give our NHS heroes the support they deserve.

As we approach the 70th anniversary of the creation of the NHS, the Liberal Democrat message to its selfless staff is clear.

There’s at least one national party that won’t sell you out to the highest bidder.

At least one national party is prepared to walk the extra mile with you, whatever the weather.