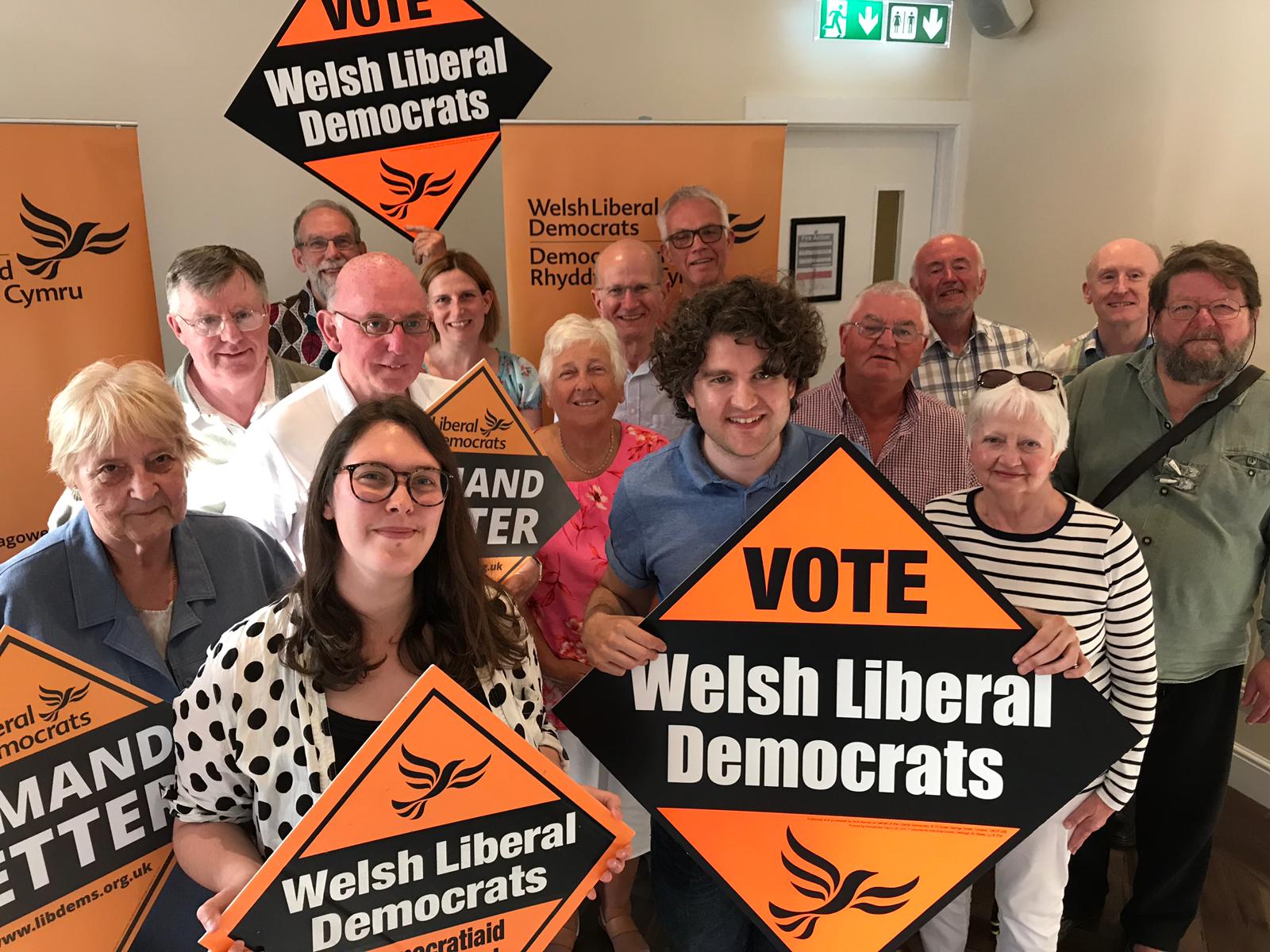 Chloe Hutchinson will be the party’s candidate for the Senedd (Welsh Assembly). Having moved to Swansea in 2014, she now lives in the Uplands and has recently completed a term as Education Officer for the Swansea University Students’ Union, where she focused on mental health support, widening participation, and building a more inclusive academic experience. She is an avid reader, plays clarinet, and contributes to the educational twitter account @ThatsDevolved. Chloe is passionate about the environment, education, and human rights, having previously been chair of the Feminist and Amnesty International societies at Swansea University.

Michael O’Carroll will be the party’s candidate for the Westminster (UK Parliament) seat, which he also fought in the 2017 election. He lives in Sandfields and works as a commercial manager at Swansea University, having previously run his own small business. He has been prominent in the anti-Brexit campaign locally and is a member of the Swansea for Europe Steering Committee. He is a big supporter of Swansea’s parks and green spaces and is the Secretary of the Friends of Cwmdonkin Park. He was previously an Army Reservist for five years with 3rd Battalion the Royal Welsh.

The Welsh Liberal Democrats are buoyed by their success in the recent European elections. Commenting on his selection Mr. O’Carroll said that he believed he was well placed to be the next MP for Swansea West:

Ms Hutchinson added that the Liberal Democrats could also play a major role in improving lives across Wales:

“Wales is facing some huge challenges from the climate emergency, the loss of jobs due to Brexit and a changing economy as well as a currently inadequate transport service.  The Welsh Liberal Democrats have the right ideas and ambition to build Wales into a successful, sustainable and fair country, giving everyone the potential to succeed”

James McGettrick, Chair of the Swansea and Gower Liberal Democrats, said that the party was back in the game after a difficult period:

“The message from the Liberal Democrats is – we’re back! Last time we were this high in polls, we came within 600 votes of winning the Swansea West constituency. Next time we’re looking to go one better. It’s been a difficult period but voters have been impressed by our consistent stance on Brexit – we’re finding lots of people voting Liberal Democrat who have never voted for us before.”