The Welsh Liberal Democrats launched their campaign to retake the Assembly seat they lost in 2016 to UKIP, with the selection of Sheila Kingston-Jones as the party’s lead candidate for the South Wales West region for the next National Assembly for Wales elections. 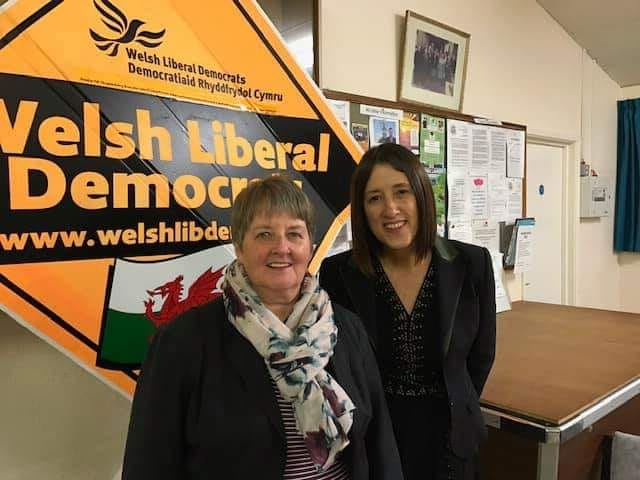 Sheila was selected by Welsh Liberal Democrats living in Swansea, Neath, Port Talbot, Maesteg and Bridgend and will be carrying the hopes of the party locally in the Assembly elections in 2021.

‘Swansea, Neath, Port Talbot, Maesteg and Gower have been playing second fiddle to the Cardiff region for too long, while decisions by the UK Government to cancel the electrification of our main line and not to proceed with the Swansea tidal bay lagoon have also been blows to attempts to rejuvenate the local economy. I am determined to add my voice to those challenging those decisions and fighting for a better deal for our area.’

“I was proud to represent South Wales West for the Welsh Liberal Democrats for 17 years. Alongside colleagues, I scrutinised the Welsh government, negotiated budgets, had a private members bill passed and delivered Welsh Lib Dem priorities such as securing extra money for schools targeted at less advantaged pupils.

As an Assembly Member, I held regular surgeries, helped hundreds of constituents with their problems and stood up for Swansea, Neath, Port Talbot, Maesteg and Bridgend. Unfortunately, the past few years have shown just how badly South West Wales has missed having a hard-working Welsh Lib Dem Assembly Member.”

“I welcome the selection of Sheila Kingston-Jones to fly the Welsh Liberal Democrats banner in Swansea, Neath, Port Talbot, Maesteg and Bridgend. She will be an outstanding spokesperson for liberalism and a strong champion for the local communities in South Wales West. We demand better for Wales and for those who have been left behind by an uncaring Tory government in Westminster and out-of-touch Labour councils.

“As a party our Assembly Members made a huge difference in the Assembly between 1999 and 2016, and our education minister, Kirsty Williams, continues to put our policies into effect. We are determined to send Welsh Liberal Democrats AMs to join her in 2021 so that we can continue to deliver our agenda in Wales, and I am confident that Sheila will be one of those elected.“