Big blow for Gorseinon as hundreds of jobs at risk

Such heartbreaking news for those who connected with the plant in Gorseinon, where hundreds of jobs at risk as Toyoda Gosei plans to close car parts plant. 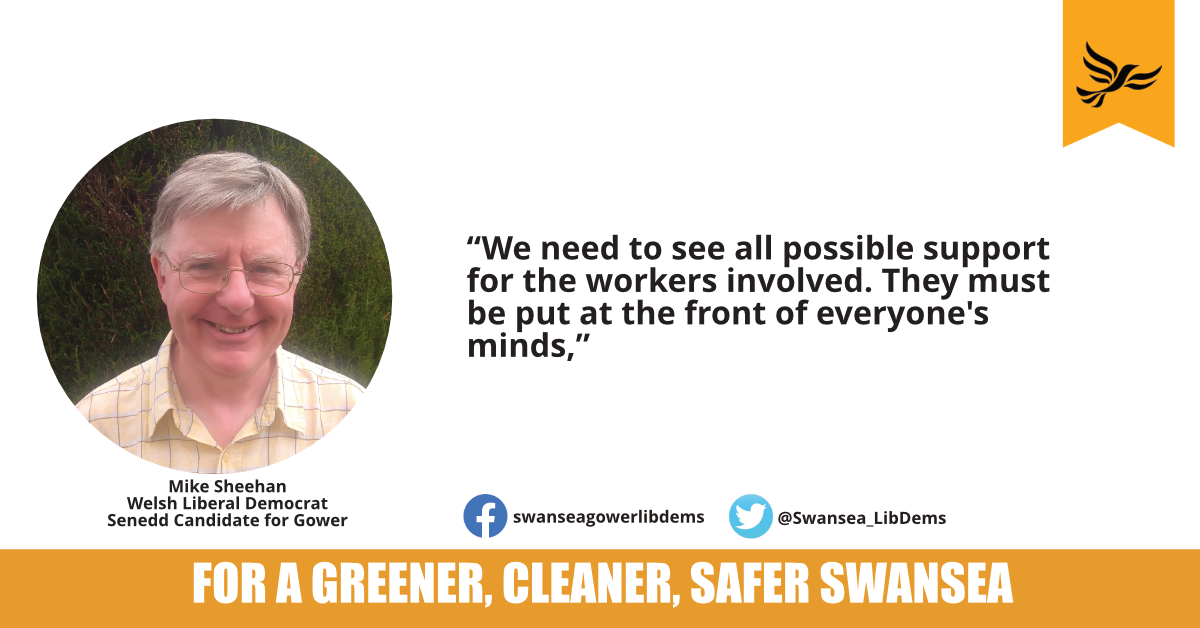 It is sad to see another business at risk of moving out of the area because it "does not foresee growth of its business" in the UK.  There also needs to be a plan for investment so businesses see a long-term home in the area.
it is a huge blow that Toyoda Gosei has now moved some of the production to its main European manufacturing site in Czech Republic. When the Conservatives have trumpeted Boris's European deal as a good deal, it is becoming clear that Boris's deal is a bad one and he has to admit that as the first step to getting a better deal. If the Conservatives are not willing to stand up for a better deal with Europe we will. The Liberal Democrats are the party that is most supported of the UK having a better deal that means businesses can trade easier with our closest and biggest trade partners.
Commenting on the news Liberal Democrats candidate for Gower Mike Sheehan said:
"We need to see all possible support for the workers involved. They must be put at the front of everyone's minds, many of the workers would have had a difficult last 12 months with the pandemic, and now to hear their jobs may be at risk must be a big blow. I call on the council, Welsh, and UK governments to put the recovery first so we can prioritize support and invest help for those at risk of losing their jobs."